Today in, OMG I NEED A BREAK FROM EDITING!, we got to talking about Twelve Angry Men and how you could update it for today’s times as well as make it a little less gender-biased.

First off, the location is going to flip from NYC to Los Angeles. There’s a reason for it. The accused needs to be a Latino from South Los Angeles. And Latinos are one of the most persecuted peoples currently in our country. (Also the 1997 remake used an African American, the 1957 film used a white kid from the slums of NYC, let’s change that up.)  For the accused, pick an unknown actor.

So the circumstances are still mostly the same. That doesn’t need to change.

But here’s where it gets interesting – 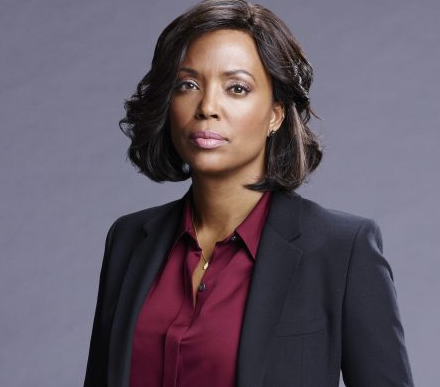 The Foreman/Juror #1 Aisha Tyler: A high school soccer coach; she tries to keep order in the hostile jury room.

Our rationale: Courtney B. Vance was awesome in the role in the 1997 remake. But tell us you can’t picture the woman who can ride herd on Ryan Styles and Colin Mochrie on Whose Line Is It Anyway? and also play an FBI profiler in this role. Let’s have a black woman leading. 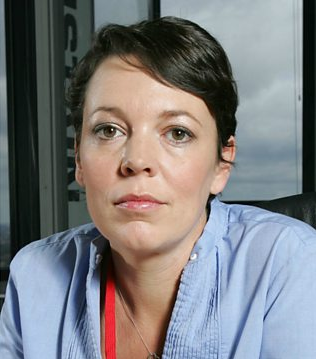 Juror #2 Olivia Colman: A meek bank teller who does not know what to make of the case.

If you’d asked us before the Oscars who this would be you would have gotten a shrug. Basically this role can for the most part be cast blindly. The ONLY race we’d be leery of putting here is Asian. Woman is iffy but when contrasted with the other women on the jury it’s fine. In the 1997 movie it was an older black man… so that’s kind of problematic. 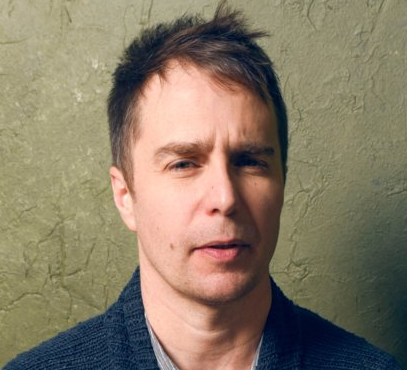 Juror #3 Sam Rockwell: A businessman with a hot temper. He has a strained relationship with his son. He is convinced that the defendant is guilty, though it may not be through the facts of the case.

Look at 3 Billboards… the guy could do it. He’s also the right age. 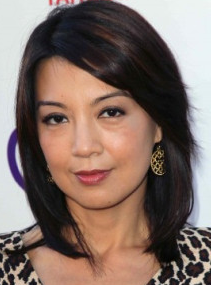 Juror #4 Ming-na Wen: A stockbroker; she is very eloquent and looks at the case more coherently than the other jurors: through facts and not bias. She is appalled at some of the behavior of the other jurors.

This role could also be cast blindly. We had Octavia Spencer here initially. But we realized we didn’t have any East Asians and we have other Black actors. So we changed this one. 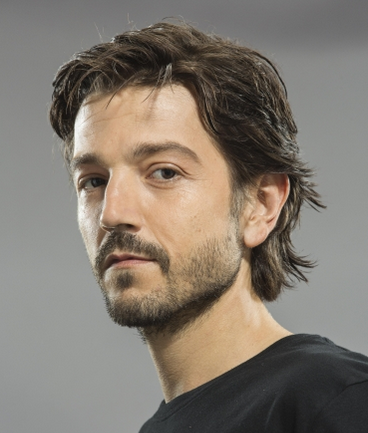 Juror #5 Diego Luna: He is from the same area/life as the accused; he connects with the man at trial and is disgusted at the bigotry of Juror 10.

This role needed to go to a Latino actor – if the defendant is Latino, as we chose to go with. Diego Luna leapt to mind. 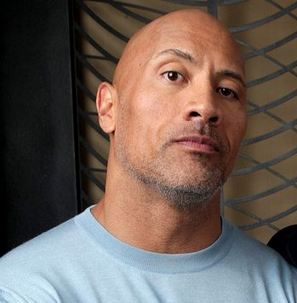 Juror #6 Dwayne “The Rock” Johnson: A house painter; he is patient and respectful of what other people have to say.

This also could be blind cast. We initially had Gwendoline Christie here. Then went… no… how about Jason Momoa? Let’s get some Pacific Islander. Then Rose said… how about The Rock… He’s even from California initially. 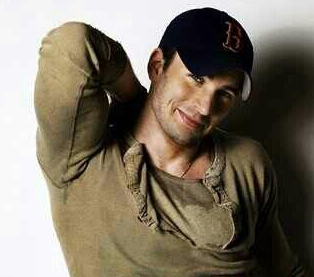 Juror #7 Chris Evans: A salesman; he is not concerned at all about the young man on trial, and eager to complete their jury assignment so he can use his tickets to a baseball game that evening. He is impatient and rude, and likes to crack jokes a lot.

You need someone who can be both serious and not be taken seriously. The role really needs to be a dude and a white dude with the entitlement. We picked Chris Evans because shout-out to Captain America! Literally the only reason. John Krasinski would also work well – we initially had him here before we thought of Chris Evans. 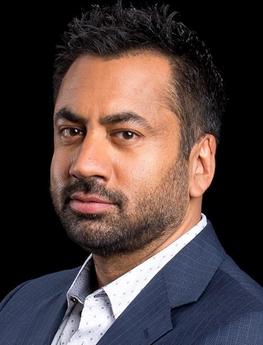 Juror #8 Kal Penn: An architect who is very quiet. He’s a millennial but on the edge of it. He’s got student loans and debt. He is the only one of the twelve who, at first, votes not guilty. He becomes close friends with Juror 9 at the end of the film.

So this was in part inspired by Lark’s boss who is Indian and is a structural engineer. The important part is that we removed the “White Savior” that was present in the 1997 movie. This role also has to be someone with acting chops. Lark legit knows several Indian architects and it’s not quite “model minority.” 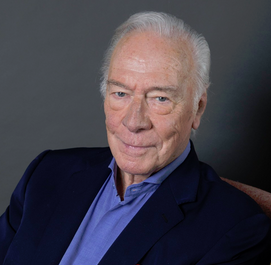 Juror #9 Christopher Plummer: A wise old man who sides with Juror 8 and becomes friends with him at the end of the film. His real name is McCardle.

Old white dude is old and white. You could also do Charles Dance or Anthony Hopkins here. 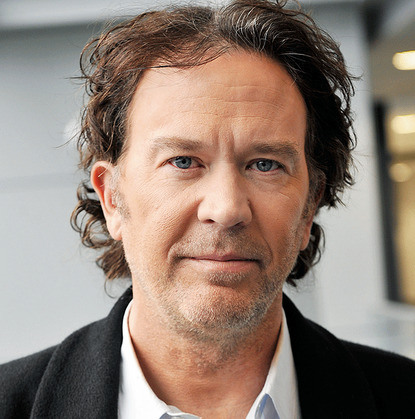 Juror #10 Timothy Hutton: A carwash owner; Trump Supporter, he is a loudmouth, narrow-minded bigot, extremely rude and often interrupts people, who feels that no good thing will come out of the boy’s “kind.” Ultimately he is shunned from the group with Juror 4 ordering him to “sit down” and to “not open his filthy mouth again.”

Tell us that you can’t see Nate from Leverage in this role? This is one of the antagonists. In the 1997 remake the role was that of a Black Nation Muslim man. But that’s problematic. So let’s take it back to what the 1957 movie did and go with a racist. 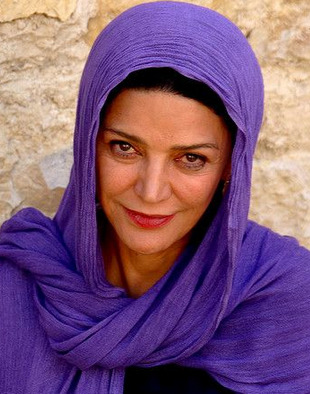 Juror #11 Shohreh Aghdashloo: An immigrant watchmaker, she believes in justice in America and will see it get done. She is observant of events around her.

We want this role to be a woman in Hijab. For most of the film she’s quiet but when she speaks… oh is it epic. By making her older she can still believe in the system. We also wanted an actress from a Muslim background. 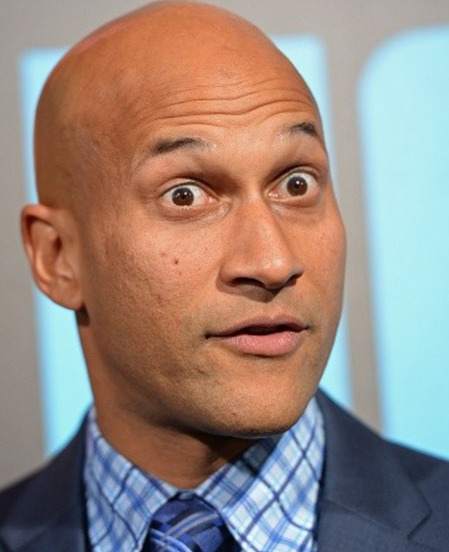 Juror #12 Keegan Michael Key: An ad executive; he is swayed very quickly by others’ opinions.

This role could also be blind cast. We wanted to go away from a woman here… the whole women can’t make up their minds trope. But pretty much any ethnicity will work so long as it’s got other representation.

This is America and it’s a lot more indicative of what’s going on in today’s society.

We’ve been discussing our goals for 2020, and here’s what we’ve come up with! Finish Writing A Case of the Mondays, which has been our next project for a solid year or so now (Bonus goals: edit, work

How To Request Your Local Library Order a Book