Long ranty post ahead based off of some comments we’ve received lately from some of our family and other people who know us in real life.

So as you probably know, we curated a Romance Anthology which is coming out next week. When Lark made this post on Facebook, she had to avoid tagging a lot of our authors under their real names because they may not have outed themselves to their family and friends yet as writing romance. Because seriously, the stigma is that great. And the only reason why romance as a genre is demonized as much as it is is old-fashioned sexism and misogyny.

Romance is a genre where the target audience identifies primarily as female. Where the majority of authors also identify as female. It’s a genre where in heterosexual relationships the woman’s enjoyment and happiness is paramount. Where it’s a guarantee that the main character and love interest doesn’t die. Where the woman is guaranteed a happy ending.

Romance is a genre where non-heterosexual people can see themselves in happy/positive situations. Where LBGT romance isn’t verboten but it’s own huge genre. Where being gay, bi, or poly isn’t bad or shameful, it just is. Where gay, bi, and poly character get happy endings. It’s a genre that is ever evolving. Yes it has problems… a lot of them… but it evolves faster than say Sci-fi/Fantasy.

And don’t even get me started on how people go after romance as unrealistic when I can point to book after book targeted to men with just as unrealistic plots. Erik VanLustbader anyone?

Romance is more than just the bodice rippers of the 1970s which… let us tell you had more to do with the fact that they were edited by men and curated by men so had plots that appealed to those male editors and when they left so did a lot of the squickiness… it’s amazing how that is. Romance as a genre is a multi-billion dollar industry. It makes more than any other genre… period.

Romance also only has two rules. 1. The romantic relationship must be a central plot component. 2. It must have an emotionally satisfying ending. Either a Happily Ever After or a Happy for Now. That’s it.

Here’s some romances you might be familiar with… The Princess Bride, Hunger Games Trilogy, Pride and Prejudice, Deadpool (the first movie don’t get me started on the second…), Airplane!, WALL-E, The Mummy & The Mummy Returns, Shrek, and the first three Pirates of the Caribbean movies.

Here’s some things that AREN’T Romance… Casablanca, Gone with the Wind, The Notebook, The Fault in Our Stars, Wuthering Heights, and pretty much everything by John Green, Nicholas Sparks, and Joss Whedon.

And we’re proud that we and all of the authors that we’ve worked with in the romance anthology we assembled are now U.S. and International Bestsellers… beating books by Dan Brown, James Patterson, and Lee Child.

So yeah, this is a big deal. It is something we’ve worked our asses off to achieve. And considering how competitive the romance genre is, it’s a really huge accomplishment. We want people to respect that.

So here’s to our authors! Y’all are doing great! We’re proud of you all and you should be proud of yourselves.

And to those authors who write romance, you’re doing great sweetie! Keep it up! 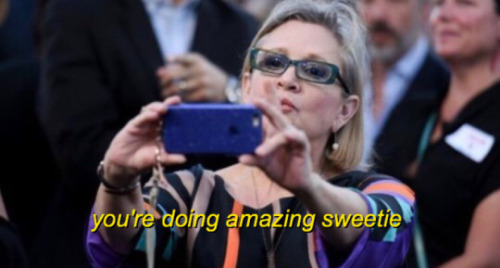 We’ve been discussing our goals for 2020, and here’s what we’ve come up with! Finish Writing A Case of the Mondays, which has been our next project for a solid year or so now (Bonus goals: edit, work

How To Request Your Local Library Order a Book