Book Review: Bargaining with a Rake

Gillian Rutherford has to get out of England! Eleven years ago in 1807, her family experienced a tragedy and with it an even more tragic secret. To save herself and her sister from utter ruin, she has to marry well. And what better person than a wealthy American shipping tycoon. Unfortunately there’s a catch… her father has already engaged her to an odious man with an unsavory past.  But salvation might come in the form of the notorious rake, Alexander Trevelle.

Alexander wants revenge. Revenge against the man who ruined and destroyed his sister. What better way than by seducing his beautiful fiancee, Gillian, and then ruining her like his sister was ruined. Oh, he plans on doing right by the lady… but not by marrying her.  Oh no… he plans on setting her up financially so she will have naught to worry about.

I wanted to like this book a lot more than I did. I really did… the problem is that the blurb by the author is massively misleading and doesn’t cover ANY of the main thrust of Alex’s plot for the first half of the book.

For eleven years, Gillian Rutherford has dreamed of escaping her family’s dark secret and living a normal life. Now, faced with an unwelcome marriage that will chain her to London and the secret slowly killing her, she’s desperate to save herself and the sister she adores. Salvation comes in the form of an American shipping tycoon, and all she must do is seduce him into marrying her. But Gillian’s scheme hits a snag when she makes a bargain with a notorious rake Alexander Trevelle, Lord Lionhurst. He’ll help her win the hand of his American friend, if she’ll assist him with exacting revenge against her unwanted fiancé. But the price of the pact may just be their hearts.

See… nothing there about Alex ruining Gillian and then abandoning her. It puts Alex really behind the starting blocks. Frankly for most of the book, I was rooting for Gillian to end up with pretty much anyone else.

And there were a lot of choices, I felt like I was meeting the entire ensemble cast of the series in this story. It was too much. A lot of the side characters showed up for a scene and then were never heard of again. It turned into a bit of deus ex machina. Sin/Trent and the aunt are good examples of this. 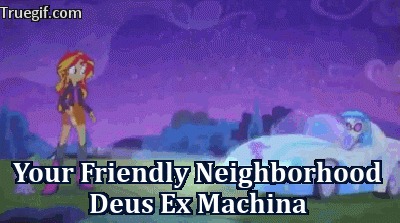 That wasn’t all. I wasn’t able to suspend by disbelief with this book. First off the male lead was far too young. At a mere 23 years old he has had the following happen to him: He’s established a highly successful shipping company in the era of sail, he’s fought in the army, he’s attended University, he’s inherited and turned around his family’s fortunes, he’s had several mistresses those of which he’s set up to be comfortable after ending their affairs, he’s a notorious rake with a bad reputation.

Not to mention this is 1818 and he’s in business with an American. For those of you not up on your history, there was a little thing known as the War of 1812 that didn’t end until late 1815. That’s not enough time to have a successful shipping company when to sail to and from America to Britain was between 5-10 weeks round trip. And that’s not counting shipping to places like India, China, and Japan. It takes time to build a successful shipping company since for the first few years you have to build up your fleet and also take risks… the same is true with most businesses it takes about 5 years to turn a profit. And this is assuming that he and his partner knew each other before the war.

Now Time for some spoilers. Because they are relevant….

I write sex in books.

But.. and here’s the big but, the sex has to make sense. It has to fit the characters. And while I could understand Alex being willing to have sex with Gillian… It didn’t make sense for her. She’s all about saving her family’s reputation. Having sex outside of marriage is the antithesis of that.

Not to mention the sex was bland, boring, and bleh.

You could remove the sex and the story would be improved, not because the sex was that bad… although it was… but because it dragged the plot to a screeching halt.

Ultimately, despite finishing the book, I was disappointed with the book. It wasn’t what it billed itself to be and the Male Lead was wholly unlikable.

I did like the mystery and Gillian’s plots, but it wasn’t enough to save the book.

If you want to read the book you can get it for FREE!