Around this time of year, I always get the urge to read paranormal romance.  So I picked up Indecent Werewolf Exposure – which definitely filled that urge.  It was hot and smutty, funny and fun, and mostly a great book.

It’s the story of Chloe, a public defender, who ends up being courted by both one of her clients (after he’s no longer her client, so the conflict of interest goes away) and another attorney who she’s had to argue with on a few occasions.

Of course, the client is a werewolf and the other attorney is a vampire, so we get some nice supernatural going here.  (I would not be surprised if the author had enjoyed Twilight and thought it should end in a threesome…while as far as I can tell this isn’t directly fanfiction, it’s got that whole werewolf/vampire/human thing going on.)

And then there’s whatever is mysteriously killing witches and possibly their cats (aka this is probably not a good book to read if you dislike even the hint of violence toward animals, though it’s never explicitly stated that anything worse than capture happens to the cats…the witches are another story) – and their quest to figure out whatever it is, since it’s definitely not Pete the werewolf…aka the first suspect.

I really liked Chloe as a narrator.  Her character voice was truly unique in a good way.  She had some of the best one-liners I’ve ever read in a romance novel.

I personally disliked the spelling of “oh my gawd” which was fairly constantly used by Chloe, but I liked the character anyway.  That’s not worthy of getting marked down a star to me.

I also liked that her skills were useful and that she was realistic – not everyone wants to be an action hero, and Chloe knew perfectly well it wasn’t a life she was suited for.

Pete and Anthony were both super hot and also managed to be distinct from each other.  They’re both excellent examples of dominant alpha men, which I did like.

They both also had humor, and they both clearly liked Chloe enough to put up with each other, so they get a certain amount of props from me for that.

Also, A+ for the plot surprising me a few times!  There were one or two spots where there were clear indications that things would go a certain way… and then they didn’t.  And it worked!  So yay.  Much like from me.

I had two problems with the book.

1) The worldbuilding was very glossed over.  We know that there are tax breaks for women who marry more than one men, and that there are definite indications there are more men than women.  (For example, the bar early on, when all men pay a cover charge and all women drink free.)  It was also implied that something had changed recently to make this the case – when Chloe was young, her having two fathers was still considered strange, and that was less than twenty years ago.  But what exactly happened?  Something that killed all the women?  Something that caused more men to be born?  We never had an explanation, and I wanted one.

2) More importantly, both Anthony and Pete tended to steamroll right over Chloe and her preferences.  And her mother and Brenda weren’t much better.  This was acknowledged once or twice, but no one ever apologized for doing so.  Consent is important, guys.  I dislike the lack of it. 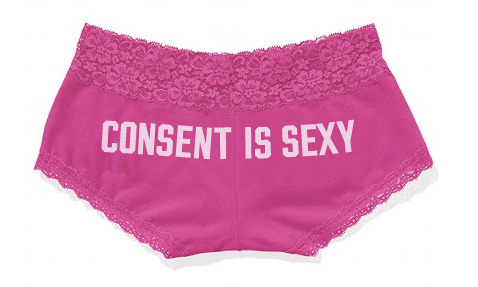 While it was somewhat lampshaded, it still happened.

I’m still considering buying the sequel, and I did seriously enjoy the book, so ultimately it gets

You can buy the book here!