Shannon is a Hunter. A human with a sacred duty to fight the things that go bump in the night.

Rafe is a vampire. One of the monsters Shannon has sworn to kill, yet thanks to the Agency, Rafe isn’t her prey, he’s her partner.

Rafe is in love with his Hunter. Something he knows could get him killed yet he can’t seem to stop himself. But maybe with a little help from the season, Shannon could have a vampire for Christmas.

If this sounds familiar, that’s because it should. The more I read this book, the more convinced I became that this book had started life as Spike/Buffy fanfic.

And once I saw that, I couldn’t unsee it.  Worse, I found things that were close, way too close to the original show for comfort. Like lines/scene descriptions, etc. that were straight out of the script/show. Things like the following: 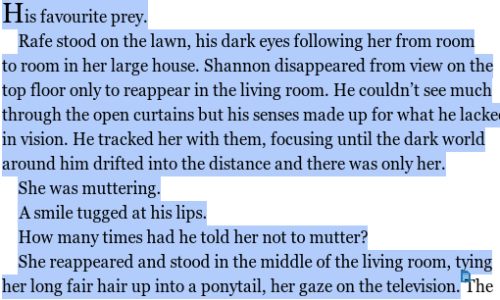 Shannon’s description is pure Buffy, petite, blonde, green eyes, Hunter/Slayer. I’ll get to characterization later, but that’s spot on too. This is also “Not like other girls” which is a trope I hate with a passion. But seriously…

Also this scene is straight out of Season 5 when Spike is stalking Buffy. You know… the whole Out for a Walk scene.

It goes on to: 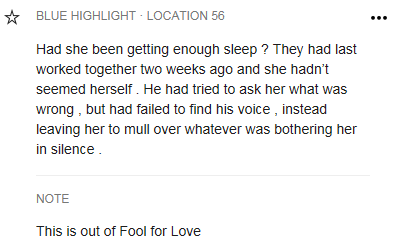 I should probably mention I am really big into Buffy and was very active in the Spuffy fandom at one point. So I’m very conversant with the plot of the show.

So, it seems is the author. 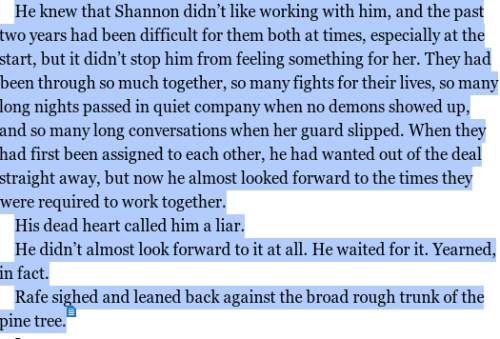 This is about how long Buffy and Spike have been working together at this point in the show. It’s also their dynamic in the show. And yes… Spike hung out under a tree when he watched Buffy. The only thing missing are the cigarettes. 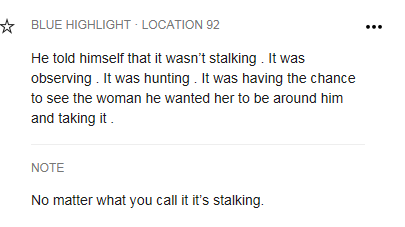 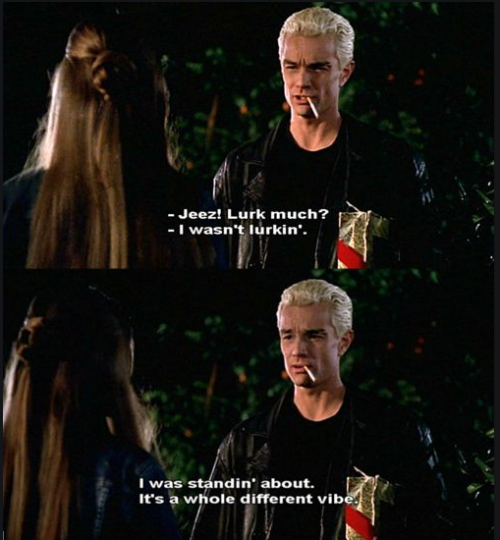 By the way, this is all in the first chapter.

The Buffy/Spike parallels go on… 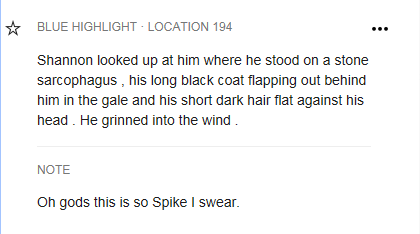 Other than the hair color… it’s Spike.

There’s another where Spike jumps up on a car in Lover’s Walk in season 3 and is laughing at the joy of fighting. (I can’t find the pictures)

This is Spike’s age in the series. Yeah…

As I was reading, I got the eerie feeling that I’d read this book before and as a fanfic. Now while I have nothing against authors taking their own work, filing the serial numbers off the fanfic, and then posting it as original I remembered that there were a bunch of authors that had stolen various fanworks and then passed them off as their own.

I really want that not to be true. But I admit, I can’t remember the fic that I read this from and who the author was.

I tried doing some searches but since a lot of fics I read were on places like Angelfire and Geocities the internet failed me.

Spike freaking out over the scars that Angel gave her. 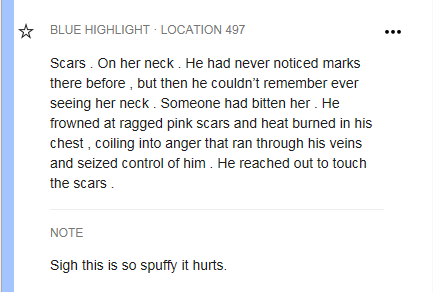 And then later as a sign of their love, Buffy will give permission for him to drink from her. It’s almost as common as “The Grovel” in romance novels. It’s such a huge trope in the Spuffy fandom that tons of authors did it. 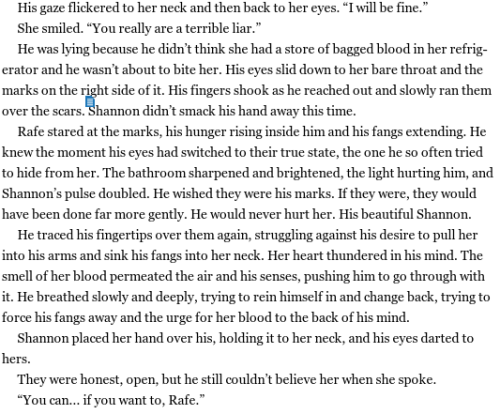 There were even a bunch lines that I swear came right from the show/fandom.

I mean, it shouldn’t bother me so much. But it did. Especially when I know of a lot of fandom authors who did a much better job of scrubbing their fanfics clean of the fandom references. Leaving this much in is lazy. Super lazy. And it’s something I will seriously dock people for.

And again, I’m not convinced this is her work.

That being said, if it were a Spuffy fic I would have left a comment of “nice fic” and moved on. It isn’t good enough to be a favorite and has some weirdness in it like Shannon washing her and Rafe’s hair with shower gel… not shampoo… when they’re in her own shower.

But because of the poorly concealed fic and because of a lot of grammar errors and other weirdness.

I can only give this

You can read the book for FREE here – which is another reason I am not totally giving this one star.

Or you can consider giving us a Coffee here so we can read more books!