We’re back!  And if you thought Part One was ranty, welcome to Part Two! This is the part where I tell you exactly what I thought of the characters and just how many problematic tropes this author managed to shoehorn into a 59-page story.

Like I said in Part One, a lot of the supporting characters were there literally as one-scene wonders to drive the plot forward.

Our main two characters were Maddy and Cullen.

Maddy is a woman who is supposed to be like the reader, or more specifically what the author thinks of the reader. Newly-single with a boyfriend who cheated on her. (As a side note can we have this fucking trope die please? Most relationships I’ve been in haven’t ended because of cheating but because of incompatibility or distance.) She’s curvy with “Curves in all the right places,” which is a damaging phrase because it implies that there are wrong places to have curves. She lives alone in a cute little house with an adorable puppy who has the amazing ability to appear and disappear as the plot demands it. (The reason I point this out is because there is a baking scene, and I don’t care who you are, baking is messy and dogs love to lick floors and be underfoot. The number of times I have to say “get out of the kitchen” to my dogs is intense.) And honestly, that’s all I can tell you about her. She’s so generic that she makes Bella from Twilight look positively deep.

I didn’t like her. Mostly because there wasn’t anything to like. The woman’s personality, what there was of it, was very twit-ish. She felt like the kind of character you see in very novice writing… which isn’t bad when it comes to novice writers. But there’s a difference between novice writing and writing for profit. NGL. I wish more authors spent time in fandom… mostly because you get a very good handle on character voice writing in fandom, because if you go too OOC, the readers will let you know.

Moving on to our supposed male lead, Cullen. To say I hated Cullen is an understatement. I loathed him. He’s toxic masculinity wrapped in a ghostly kilt… and I am not being hyperbolic here. 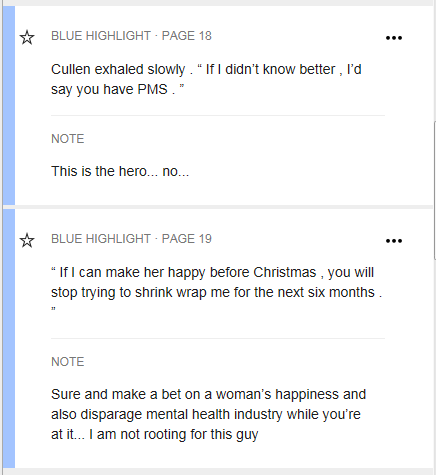 He’s also a stalker, sexual harasser, and a general pain in the ass. 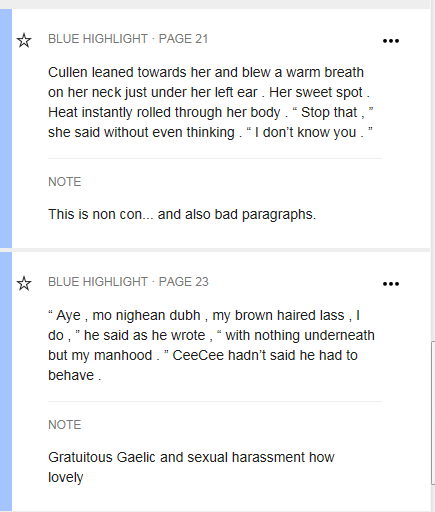 I hated him so much.

Seriously. He’s the reason I decided “Fuck it! I’m going to write a review that takes me literally days to do because I hate this person so much!” Yeah. You can thank my hatred of everything this guy is for why this review exists.

I didn’t want him to win.

And thankfully for me and spoiler alert for you. He doesn’t.

What’s that you say? Don’t worry. I’ll get to that in Part Three. But yeah, Cullen sucks. I hate him. He’s also everything that’s wrong with romance these days. He’s not a good example of a male lead, and his character growth isn’t really there.

Now that I have that off of my chest, it’s time to move on to problematic tropes. And boy-howdy there were a lot. 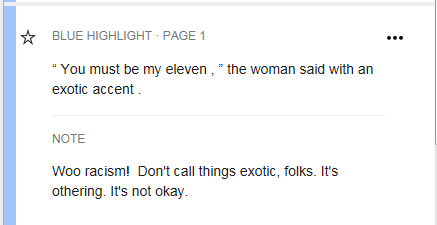 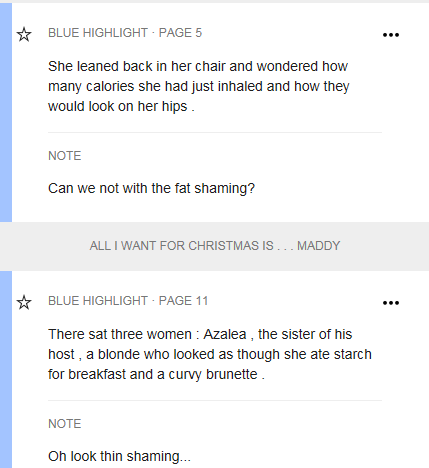 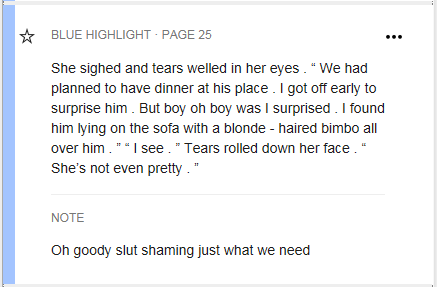 And of course the aforementioned stalking and non-con tendencies of our supposed male lead.

He follows Maddy home. Doesn’t leave when she tells him to. Touches her without permission. Then has the audacity to say “I just want to be with you!” and in the next breath state that he wants to grab her and kiss her. 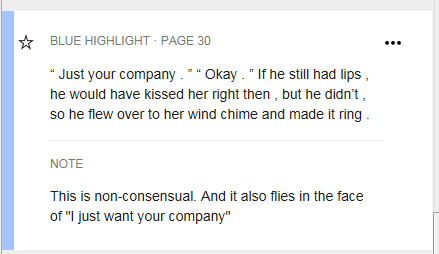 This isn’t sexy. This is not okay. Please stop!

And before I get too much further, I’m going to stop here. The last post is going to cover the whole WTFBBQ! of the romance which isn’t a romance and my final thoughts.

If you want to see more of this kind of thing, please consider buying us a Coffee.